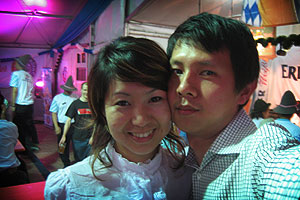 We were at China Square for the Erdinger Oktoberfest 2006 and we sure did enjoy ourselves. This is the first time that Pearl likes the taste of beer, maybe because Erdinger is a wheat beer (or maybe she just don’t like the taste of other beers). 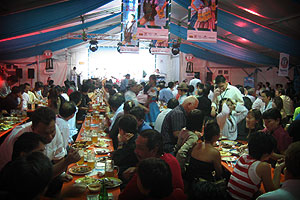 The rowdy crowd there was really having fun, good German food, German beer, German man singing German songs. lol… we really felt that we were in Bavaria. Being in Singapore, there were also a few Yum Sengs (local way of doing cheers) that went around. 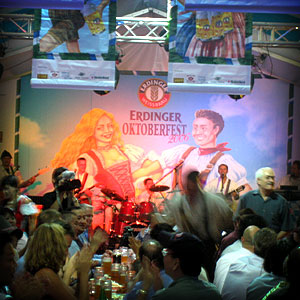 The event is on till sunday, so don’t say i never suggest what to do for this weekend. More info at www.erdinger.com.sg.

All in all, its been a long time that we came out to have fun and as some of our friends might know, we don’t really drink, but we did down 2 mugs at least. I’ll let you decide who had more.