Its worldcup fever and even the girls got into soccer when the neighbourhood boys were playing. 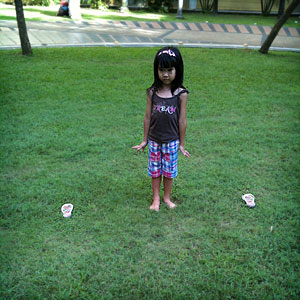 The boys were aged around 8 – 11, so Cleo decided to stand between the flip flops to protect our goal. She have absolutely no concept of what a goal keeper does, but somehow feels extending her hands she could protect the goal just a little bit more. 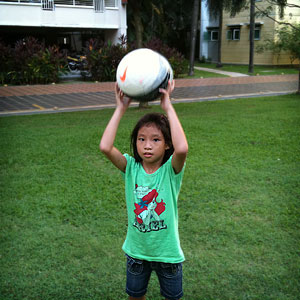 The whole run around barefoot chasing after a ball brought back oh so fond memories.

I think we should playground more.