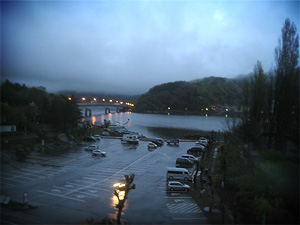 Woke up at 4:15am today. The plan was to catch sunrise from our hotel window and try my chances at seeing Mt Fuji. The view from my room was not to fantastic, so i creped out of the room, took the lift and went to the top level where the dinning area was.

As you can see, the morning is starting to get bright, but there the direction where Mt Fuji was suppose to appear was obviously foggy. 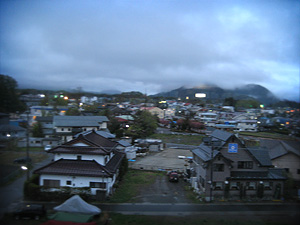 I was not terribly disappointed as its kinda predictable that it will be foggy in the morning. So it was back to the room to get a bit more snooze. 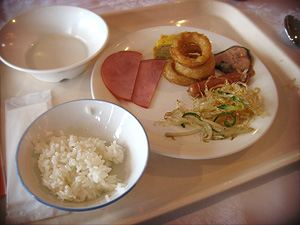 The breakfast spread was good and its nice to see many locals also staying in this hotel and having breakfast. There was a table near us, where the husband sat down and instructed the wife to go get food. She came back with food only to be ordered again to go get coffee. Interesting culture. Today’s plan was to try and get up Mt Fuji and take the bullet train + two other stops. We left the hotel early, we left at 8am. On the way up, we manage to spot some wild Sakuras, so we got off our coach to take pictures. I think this picture is the best picture to represent this Japan trip. Its beautiful. 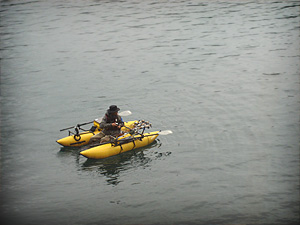 On the way, I also spotted lone fisherman fishing. It feels almost spiritual just looking at men dedicating who knows how long alone on a small raft fishing. I mean, there is absolutely no one to talk to. Its a pretty cool sight. 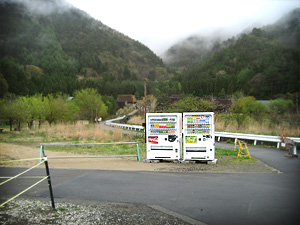 We stopped at an old village and was told this was how some of the villages lived in the past in this area. The roofs were made of grass apparently. Its also cool to see vending machines everywhere in Japan, even in such secluded places. 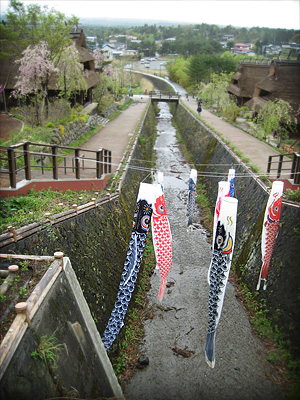 In this whole trip I felt we would not be able to go up Mt Fuji, cuz when i was 13, my parents brought us to Mt Fuji and due to weather, we could not go up. Then just a few weeks ago when my sister’s company’s incentive trip brought them to Japan, she too did not manage to go up Mt Fuji.

On the way up, i feel asleep on the bus (i woke up at freaking 4:15am and slept like 1:30am), Pearl nudged me and asked me if the white stuff by the side of the road was snow or not. After a while, it was clear, we are going up and its full of snow up there.

We stopped at one of the 5th Station and we should have went up about 2300meters above sea level. This is Pearl’s first time seeing snow and i’m glad i could give her this experience. My camera’s batts were dead, hence i had to change to my phone camera. What a time to die on me. There were of cause very touristy souvenir shops and i could not resist but take a picture of this very cute packaging. I bought a simple fridge magnet and a plate of BBQed squid as the smell filled the whole place which made it irresistible! On the way to our next stops, small provision shops sat quietly beside the busy tourist route and this cigarettes vending machine caught my eye. We arrived at Owakudani Boiling Valley to see hot sulfuric water oozing out from the ground. The people there used the water to boil eggs and the result was black hard boiled eggs due to the sulfur.

The smell there was really WAH LAU! Anyway, we did buy the eggs and tried them out. Same lah, it tastes like how normal eggs would. Apparently the story is such that eating these eggs will extend your life for a max of 7 years. I think some people actually believed it as i can see tons of people consuming the eggs like if their life depended on it. lol… A Mt Fuji sits along the horizon, our coach drives away to our next stop which was a hotel in Toyohashi (i think).

After a simple steamboat dinner at the hotel, we went to the roof deck to look at bullet trains passing by the hotel. We were suppose to do the bullet train today, but due to time, we had to try it tomorrow.