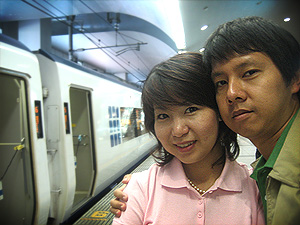 The last night of the tour itinerary we stayed at the Hotel Nikko at Kansai Airport. So with our 2 day extension, we had to make our way back into Osaka city. We were suppose to take the Nankai Main Line, but when we tried to buy tickets, we were told that there was an accident, hence the line was suspended till further notice. We had no choice but to take the JR instead which ended us up at Tennoji Station. We walked around to explore the place and it was quite an amazing underground network of shops. We came across Japanese rice at a supermarket and were really tempted to buy a bag home as we came to learn the best Japanese rice were usually not exported. But then again, thinking about our baggage weight limit, we dropped the idea. The station was a mega junction of sorts and it had so many platforms that it makes Singapore’s MRT look like child’s play. We ended up at Mc’s for lunch and we both had Shrimp burgers. Being Singaporean, the pork burger definately caught our eyes. We finally reached our hotel in Nipponbashi, dropped our stuff and headed out to explore Osaka. Pearl headed for Shinsaibashi while i walked south to explore Namba and Doguyasuji area. Apparently i managed to walk pass a place for comedy and later found out that Osaka is the capital for comedy in Japan and that this place that i passed by was the main place for Japanese humor. I spent sometime at Muji only to later meetup with Pearl and come back to this Muji where were expressed our love for well designed functional items. 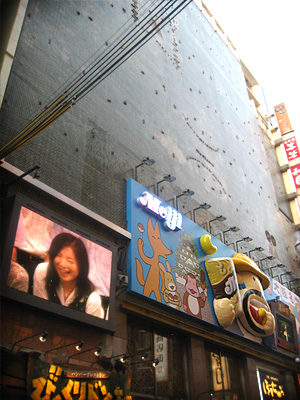 It started to get late, hence we headed back to Dotonbori for dinner. There were just too many restaurants and with out the local lore, there was no way we could decide. So we looked at places that were not extremely extravagant and yet had substantial locals waiting to get in. We ended up at a place where they served burger patties as a dish with rice. Although half the day was kinda wasted as we had to make a long detour due to the train accident, we were glad we still had a full day tomorrow to do what ever we wanted.

We are starting to love Osaka.